You might be wrong if you consider Dribbble as a design platform only or as a lead generation tool solely. If you do, then you might be misusing it and losing real clients.

Dribbble — is a customer journey touchpoint where the rules of sales & marketing govern. This article will teach you the fundamentals and tricky tips to get to the Dribbble top and stay there.

Whether you are an individual designer planning to start your Dribbble profile or an agency who has already started but thinks “something is wrong,” - it’s for you.

We launched our Dribbble profile almost a year ago. Since then, we got 1K followers and a new stream of six-figure clients. Our experience seems valuable, so to kill two birds with one stone - to run a productive retrospective and share the lessons learned - I’m going to take you behind the scenes.

Preliminary proposition - no pain, no gain.

Let’s face it, anyone knows about Dribble as soon as he tries out for design. So naturally, we have always considered Dribbble to be a place saturated with competitors, literally a red ocean.

Obviously, the main concern lies in whether there is money on this platform. If it's worth a shot, though, we're eager to roll the hard six.

Next, I will go through the main conclusions that we made.

We decided to publish mock-ups of completed projects from 2018 to 2019, putting speed as a priority. Although a standard recommendation is to publish only the freshest, our experience breaks this stereotype. Look, another design studio launched their Dribbble profile alongside us, but they published strong and trendy works. 3 months later, the number of subscribers reached almost the same level. Of course, if there is an opportunity to publish the freshest  - do it, but if not, do not postpone just because of the lack of showcases.

When creating motion for Dribbble, focus on micro animations. Initially, we tried to cram as many transitions and screens into one shot as possible, but it turned out to be our stupidity. Dribbble audience needs something that they can apply in their projects, not flying tricks. Remember to freeze your video so other designers can see the details of a project you present.

Surprisingly, the most popular static shot (and the second most popular among all shots) was a showcase of an interface element - it got 39k views. It confirms the previous point:

The basis of your content should be techniques that designers can apply in their real projects. 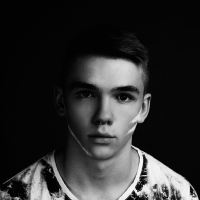 And more importantly, the project essence should be clear from the preview in the general list of shots, this is especially important for animated shots. If you want to amuse the audience with incredible animation, which appears at the third second, your shot will most likely get fewer views than a usual static shot presenting an interface element.

Agree, gray text on a white background with a turquoise hover is a lousy example of Product Design. But the fact that so many users liked this shot confirms the assumptions we've outlined above. The more the shot looks like a Behance cover and contains enlarged interface elements, the better. It is important to have contrasting details so that your shot somehow stands out among the shots of other studios. Try to insert your shot into the Popular feed; just visualize your dreams, and see how it looks alongside other works. Seriously, we did it so.

How not to do🙅

Initially, we thought that shots with 3D animations would attract users best. But comparing the amount of time spent to produce such shots and the number of views we finally received, it was not worth an effort. Supposedly, this is because we mixed up - our expertise and, thus, content is focused on Product Design, not Motion Design. The advice is to focus on your area of expertise and show only relevant shots, do not mix up.

There is a functionality for boosting posts on Dribbble. The more you pay, the more views you get. But, having tested different options for boosting our shots, we saw no increase in likes, buckets, or followers. So, what's the point in boosting shots if it gives only fruitless views, not juicy followers?

The most common advice: "Publish cool content, and it will end up in the Popular feed"

That’s fine, but there’s a big “but” -  Dribbble is primarily a social network, which means that social mechanics work the same way as on any other social platform.

Look, each of our shots gets the first likes, comments, and buckets from our team. Dribbble sees that activity and shows the shot to other users. How quickly it gets to the top depends on how many likes and buckets the shot receives right after being published.

Users add shots to buckets several times less than they like them, but buckets are the thing that decides whether your shot gets in the Popular feed. Don't forget about comments; they also affect the ranking, but to a lesser extent than likes or buckets.

Time of publication and general indicators

The second-most-popular question among those who decided to conquer the Dribbble is “when to post ?”.

Wednesday is the most active day, so it's easier to get to the top on Tuesday or Friday. The Popular feed displays the most favored works of a pending day, keep this in mind when deciding how many shots to publish per week. The screenshot shows the activity of Dribbble users in the Ukrainian time zone UTC + 02: 00.

To be honest, we hoped that the shot published at 10 am Ukraine time would get appreciation from the European audience and by 10 am NY time will already sit firmly at the top when US people wake up. In fact, it is still difficult for us to compete with profiles that have tens of thousands of followers and get more likes. Alas, by 10 am NY time, we are usually squeezed out of the Popular feed 🙂.

If you've published a project but see that the coverage is small, don't be afraid to delete it and republish it. The same project may show different results at different times.

By connecting Google Analytics to your Dribbble account, you can get a lot of insights. Also, insightful statistics can be found in the Similar web service simply by inserting Dribbble into the search bar.

Frequency of publications and pre-made shots

Only the lazy one hasn’t said that the key to success on Dribbble is the frequency of the publications. As Peter Deltondo from Unfold said, one needed to post at least 3 times a week. Several times we noticed one company publishing a few shots on the same day, which appeared in the Popular feed. Frequent hitting the top makes you recognizable within the platform, and your follower growth rate increases.

You need to treat Dribble like any other sales channel: without prepared content and a publication schedule, you will most likely get pushed out, and then it will be more challenging to raise awareness. The more often you are seen at the top, the more followers you get.

Multi-shots and attachments, some more statistics

Pro subscription users benefit from Multi-shots, which allows them to upload up to 8 images or videos in 1 Shot. Pro profiles have access to the statistics of views of attachments and multi-shots. Our statistics figures are equal to zero. We've seen other agencies inserting parts of the interfaces or asking to subscribe. Given our experience with zero views of attachments, we decided not to publish them at all.

Our experience shows that concepts are taken better than real projects. Most likely, this is because we are publishing only archived projects so far. Some popular profiles show design concepts only because it is easier to show techniques that cannot be implemented for solving actual business problems.

As a rule, such shots get more likes. Most of the Dribbble users are creative designers, not business owners seeking to solve their problems. So, to be successful on this platform, you need to astonish with aesthetics.

We plan to mix our feed to make it 50/50: some shots will present visual components, and others will show our UX solutions for real projects.

General view of the feed and Projects tap

The Projects tab can be structured in different ways. One collects their shots into groups by topic, another combines them according to the principles of visual style. We try to publish 4 shots for each project and group them together. Thus, when viewing our feed, you can see how we handle each project step by step.

It is also worth paying attention to the general appearance of your feed: visually, the shots should be designed and structured according to a certain logic.

The title of a shot should be laconic and accurately describe the functionality shown in the shot. For example, “Design concept for banking” — a bad example, while “Card screen of a banking app” is a good one.

We also include our company name to each title for indexing in the Pinterest search - Dribbble posts the best works on its official Pinterest profile. The description of the shot should contain the step-by-step process you went through and the call to action with the transition to other social media of yours. The screenshot below shows that your profile description will be pulled up on Pinterest or other social networks.

Let's finish with perhaps the biggest discovery we have made for ourselves during our work on Dribbble.

We found out that when looking for a contractor, clients either review shots at the Popular feed or use a search bar. To stay at the top, you need to have a large army of followers and publish daily, considering that the Popular tab is updated every single day.

On the contrary, clients can run into the shots you published months ago using Search. But, to make it happen, your shots should comply with clients’ search requests. This is because they tend to look for similar product functionality or interface elements. For example, a client is unlikely to insert "interaction" in the search bar, but "finance onboarding" seems more plausible.

Therefore, when putting down tags, choose the most similar ones to the potential clients’ requests. Make a semantic core for the queries and promote your posts with core tags.

Oh, the last but not least, the more your shots stay in search results because of the tags the more traffic you will get. It’s ridiculous how this long-term effect works. After posting the shot, in three months views on most of our shots doubled. So be ready as this is a long long-term game.

We were testing this feature for 3 months got 120 RFPs and got zero clients, as most of them were out of budget for us. An average budget they said they had was ~$3 000 for full product design. Maybe we are bad at sales, who knows 😁

Thanks for reading to the end. Our journey on the platform has just begun, but each of the insights outlined above has come to us through pain, tears, and numerous experiments. The results make up for that: a new stream of leads and new deals, including this six-figure contract.

And we wish you that!

Follow our Dribbble. We didn’t write this lengthy article for nothing! Just kidding, but anyway, we’ll leave it here - https://dribbble.com/lazarev_ 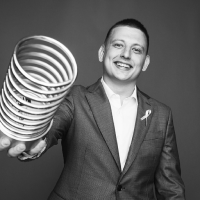